Here are some tips to try to get beautiful images of the cetaceans of the Pelagos Sanctuary. 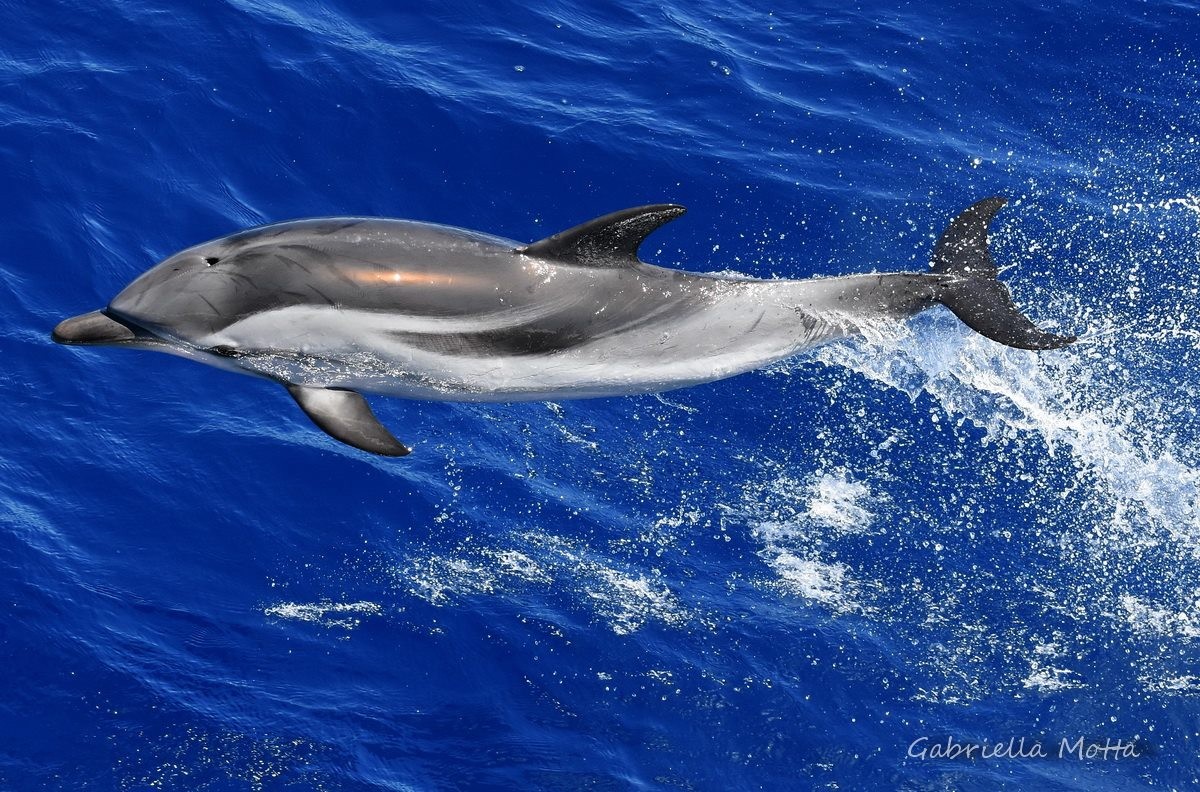 The striped dolphins, the most frequently spotted specimens, are very fast and unpredictable in their movements and sudden jumps. The secret to a good photo is the ability to predict the point where the striped dolphin will jump out, identifying a subject under the surface of the water and following him while swimming. Before it comes out, you have to start shooting, continuing even when the animal is out of the water. Often many animals perform evolutions at the same time, the show is exciting, but it is also unlikely to be able to take a picture with all the evolutions together, so we recommend focusing on a subject and keeping your finger ready. 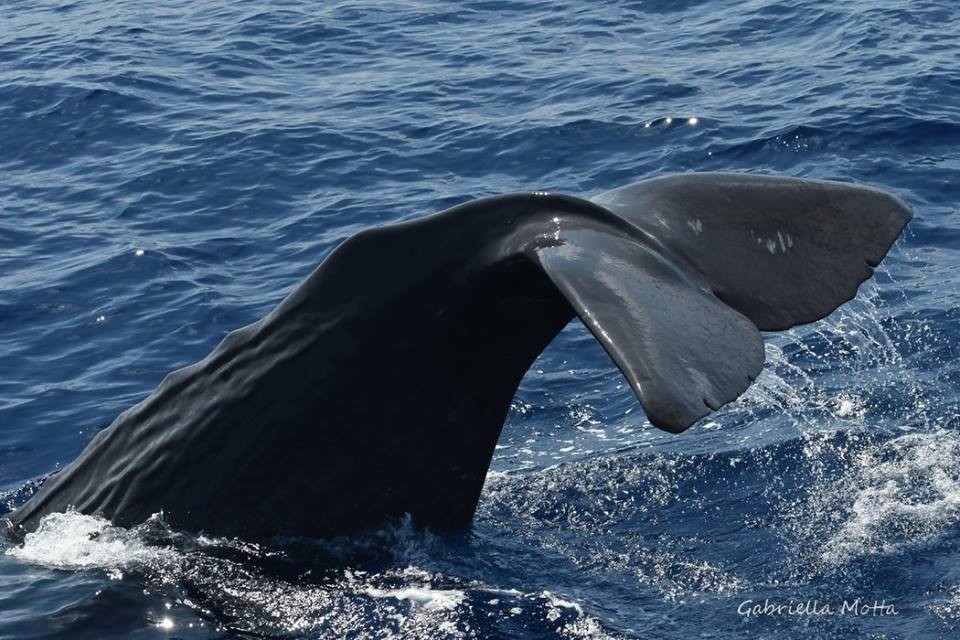 Large cetaceans such as fin whales and sperm whales, but also Cuvier’s beaked whales and Risso’s dolphins, swim slower and smoother, being more predictable and leaving more time to shoot. In this case it is a good rule to observe the movement of the animal before taking a photo, so you can predict its actions. The sperm whale before immersion shows the tail, one of the most loved by photographers whale watchers.

This is the sequence: the sperm whale swims at the water level, inside and outside, in a rhythmic and harmonic movement, until the back arches in a more decisive 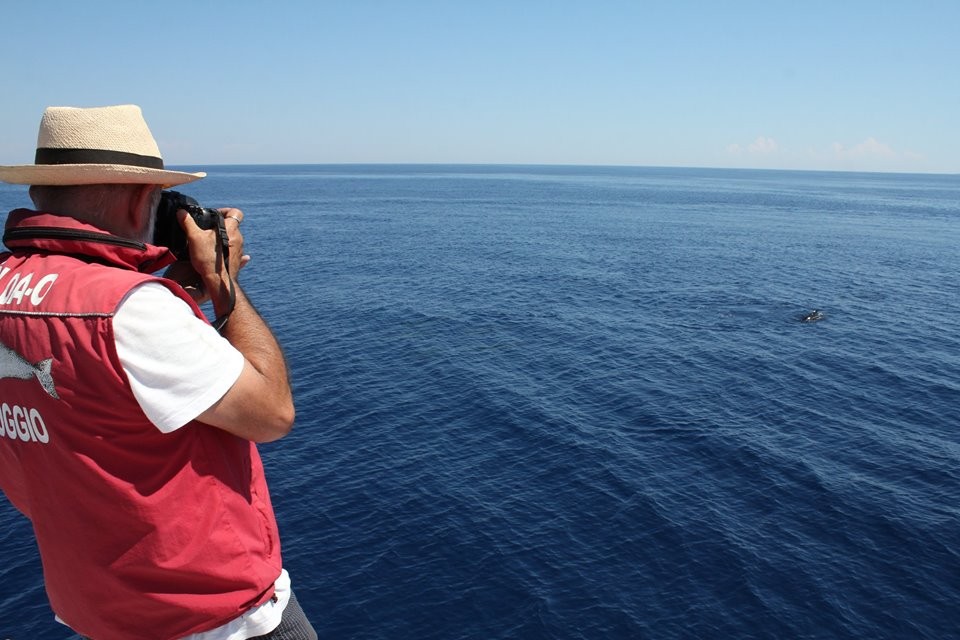 way. This is the moment of the buck, the moment before the immersion, the moment when the tail will be shown in all its size: maximum attention, finger ready on the trigger, and we start to shoot!

Digital cameras have a delay in shooting, so the moment you press the button and make the photo is not the same as when the sensor records the image, you have to take it into account and pressing it in advance.

For those who use reflex machines the ideal equipment will be equipped with zoom with a good telephoto lens and motorized advancement, privileging a telephoto lens that goes from 18 to 150 onwards, to be able to focus the animal both at medium-high distance and underwater.

To be on safer side, especially with animals such as striped dolphins, bottlenose dolphins and common dolphins, it is recommended to use short shutter speeds such as 1/500.

Good navigation and have fun.