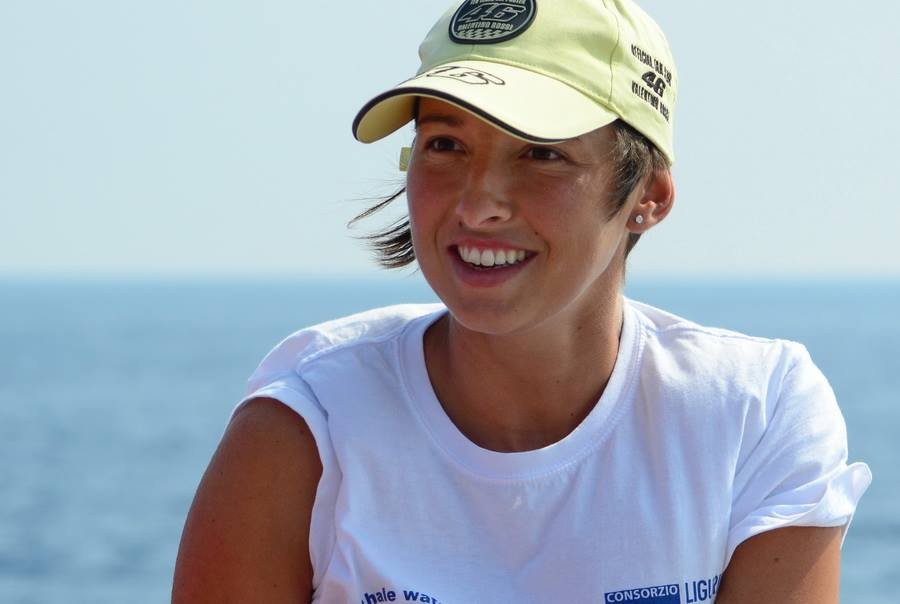 Graduated with honors in Biology in 2010 in the Degree Course in Biological Monitoring Sciences and Technologies at the University of Genoa. After completing the postgraduate internship at the same University, she obtained a professional assignment at the S. S. Environmental Carcinogens (IRCCS University Hospital San Martino - IST), where she has been responsible for monitoring the site of national interest Cogoleto-Stoppani through the use of batteries of biomarkers of genotoxicity.

She currently works as a freelance professional in the field of scientific and environmental dissemination; she is an expert in marine Ecology and Ecotoxicology and is a member of the Order of Biologists.

She has been working with passion as a scientific contact person for the Consortium Liguria Via Mare since 2013, dealing with the sighting of animals, scientific and biological explanations of the species that populate our sea and the welcome on board of the participants in the excursions. Over the years we have had the pleasure to host on board also some television stations that have taken an interest in our work and have realized beautiful services on Whale Watching in Liguria interviewing the Dr. Somà.

Since 2013 she has also worked for the Dafne Cooperative, where she is a Guide at the Aquarium of Genoa, entertaining an audience of all ages on issues of scientific and environmental dissemination.

She also participated in the "Project Biologists in Schools", aimed at elementary schools, an environmental and nutritional education project dedicated to children and their parents through lectures and educational workshops.

Smit R., Tepsich P., Somà A., Calamita G., Siri S., Dalle Mura I., Verga A., Scavone E., Rosso M., Moulins A. “Describing the whale watch activity in the northern part of the Pelagos Sanctuary as an insight for mitigation through an EBN approach”. Poster at 31st Conference of the European Cetacean Society – Middelfart, Denmark – 1st – 3rd May 2017. 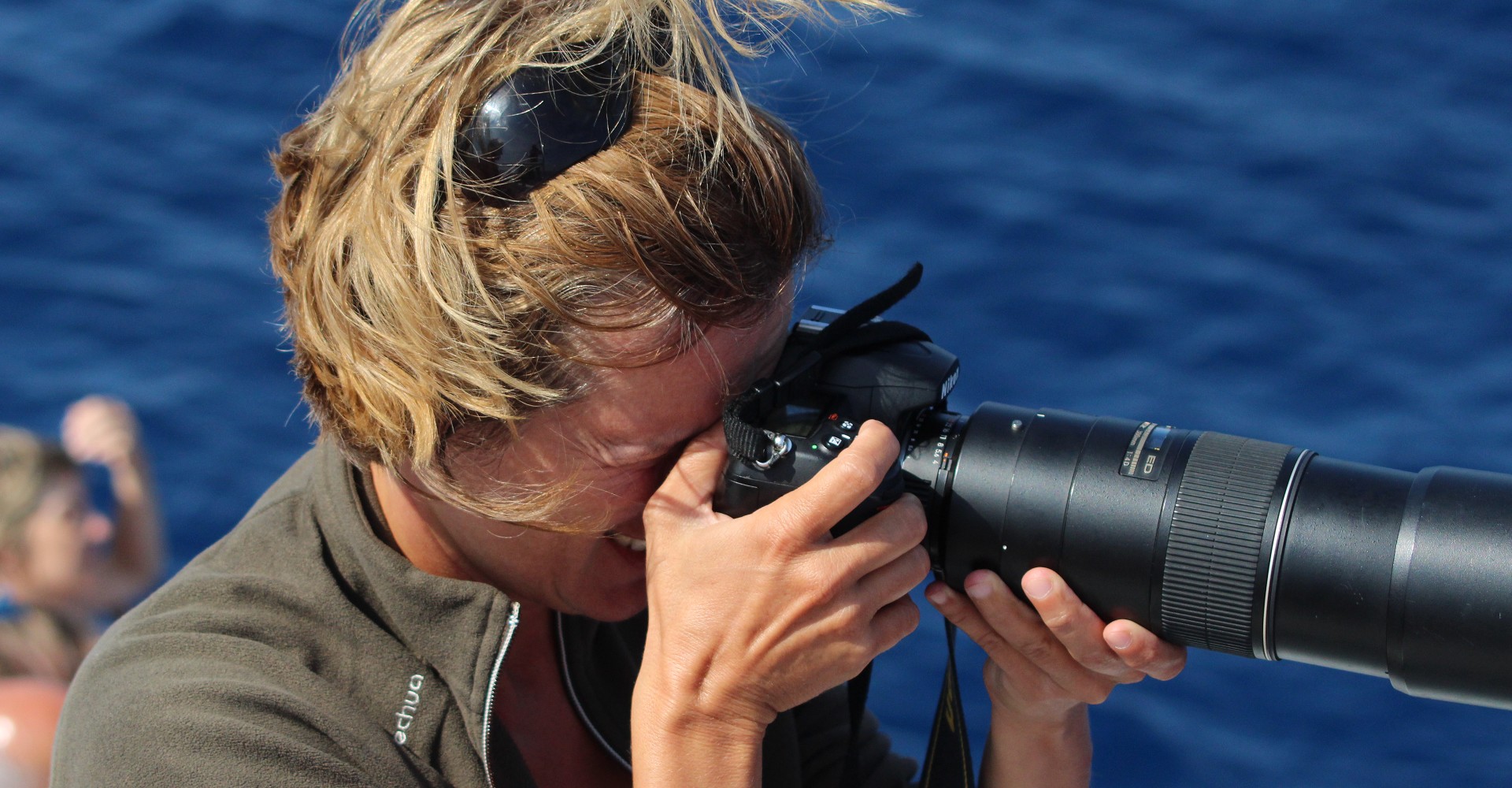 Graduated in Biological Sciences in 1993 at the University of Genoa, she is qualified to the profession of biologist and naturalistic guide. Her experiences in the natural field are countless and range between sea, earth and sky.

At the LIPU - Lega Italiana Protezione Uccelli, since 1994, she has been involved in environmental education, aimed at elementary, secondary, high school and the Universities of the Elderly, but also organizes refresher courses in the naturalist field for teachers, of which she is also a lecturer. Her guided tours in the Beigua Park, at the Portofino Mountain, at the Cinque Terre and at the Praglia Plans have always attracted LIPU members from all the Ligurian provinces. Dr. Motta is also the organizer and teacher of birdwatching courses at the Natural History Museum "Giacomo Doria" in Genoa. In addition to drafting the regional informant "Ali news notizie", she deals with the census of birds, in the territory of Savona and Genoa.

She manages the Ornithological Center "Case Vaccà" of the Regional Natural Park of Beigua - Unesco Global Geopark and has been a member of the board of directors of EBN - European Bird Net - Italy since 2011.

Since 2012 she has been collaborating with the Consortium Liguria Via Mare as a guide and naturalistic photographer during whale watching and bird watching excursions: her images, very appreciated on social channels, have also been exhibited in photographic exhibitions. Personally she curated the exhibition "Avifauna del Parco di Portofino" organized at the Abbey of San Fruttuoso.

Gabriella Motta is also a lecturer at the affiliated facilities of Natourbiowatching and at the training and refresher courses of the Guides Parco Portofino, organized by Labter. 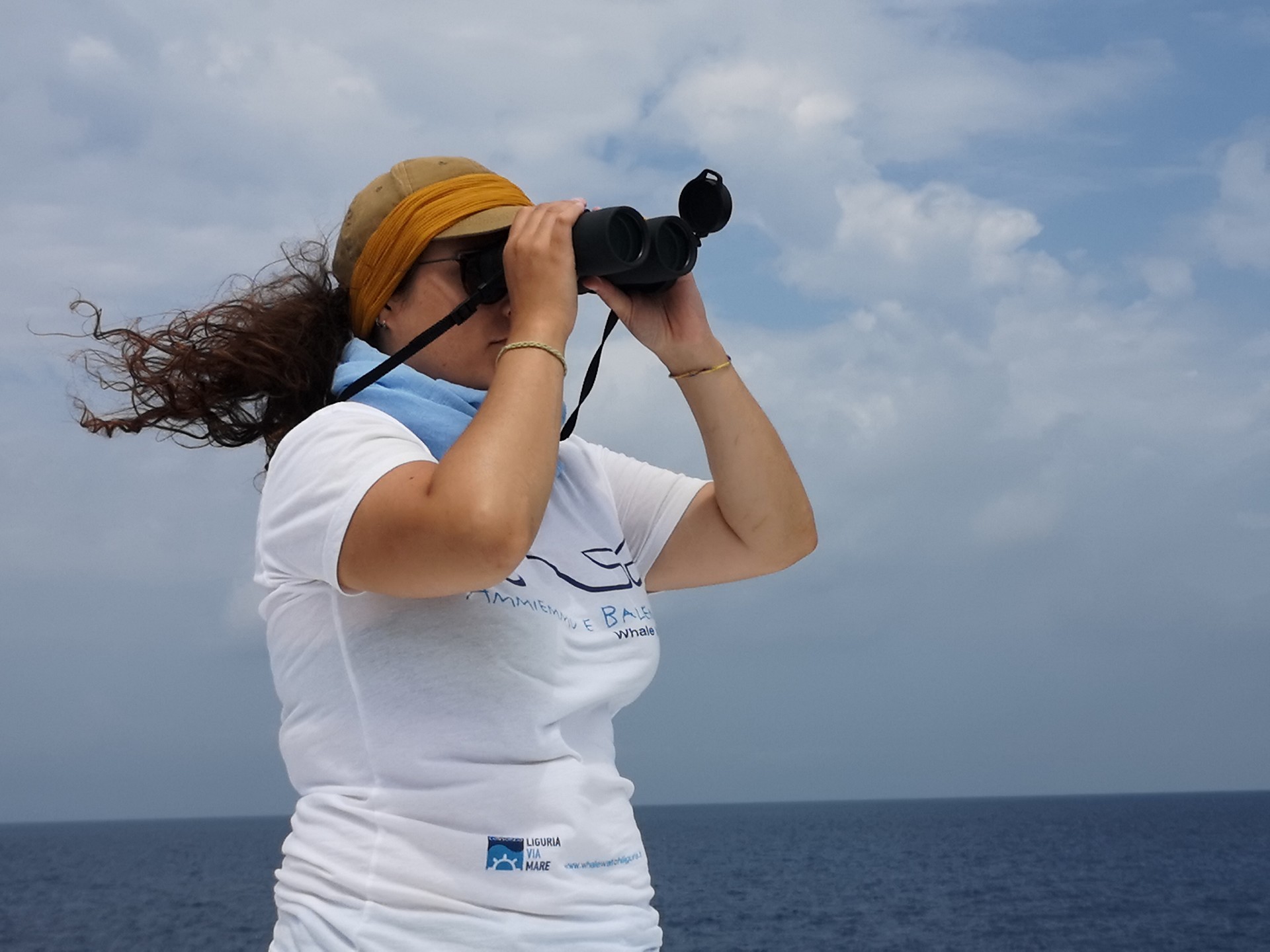 Graduated in Environmental Sciences at the University of Genoa, she has done the internship in laboratory with Prof. Fulvio Garibaldi on the lemargo, Somniosus rostratus, shark little known of the Ligurian Sea.

Since 2015 she collaborates with the Dafne Cooperative at the Genoa Aquarium, Galata Sea Museum and National Antarctic Museum and from 2019 with the Natural History Museum.

Passionate about birdwatching and snorkeling, she has been working with Legambiente since 2020.

Since 2019 she collaborates with the Consortium Liguria Via Mare as a member of the scientific staff on board during whale watching and bird watching excursions.